St. Philaret on the Christian faith of the non-Orthodox

It is self-evident, however, that sincere Christians who are Roman Catholics, or Lutherans, or members of other non-Orthodox confessions, cannot be termed renegades or heretics—i.e., those who knowingly pervert the truth...They have been born and raised and are living according to the creed which they have inherited, just as do the majority of you who are Orthodox; in their lives there has not been a moment of personal and conscious renunciation of Orthodoxy. The Lord, "Who will have all men to be saved," (I Tim. 2:4) and "Who enlightens every man born into the world," (Jn. 1.43), undoubtedly is leading them also towards salvation In His own way.  St. Philaret of New York 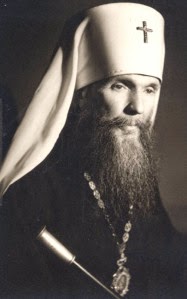